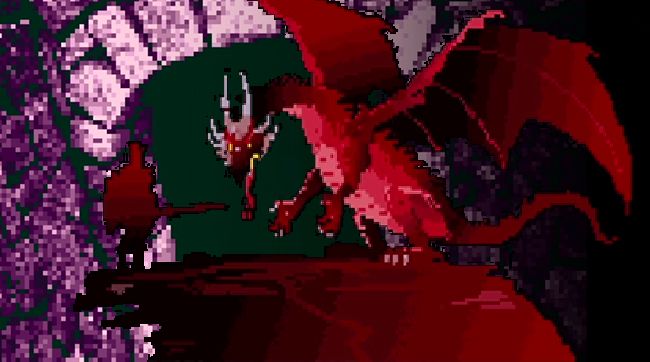 Nethack is now at the Museum of Modern Art

nethack (opens in a new tab) is one of the great (and ongoing) gaming projects. It first appeared in 1987 as a fork of a 1982 title, Hack, created by Mike Stephenson, Izchak Miller, and Janet Walz. The game operated on an open source principle, where everyone was free to create their own version, but only members of the DevTeam could modify the main source code.

Over time, the DevTeam grew with skilled coders from the community and, after more than three decades, had an unknown number of members. They seem to like mystery. Over its lifetime, NetHack has grown and grown in complexity, somehow juggling its hundreds of emerging elements, with the DevTeam considered collective coding gods by the game’s dedicated community. the NetHack forums and even now you might just come across the acronym TDTTOE: The DevTeam Thinks of Everything.

NetHack’s emerging role-playing game is unlike anything else, (opens in a new tab) neither does its development. It is a unique project from every angle, and has now received the recognition it deserves. The Museum of Modern Arts began its collection of video games in 2012 (opens in a new tab), and at the time mentioned, NetHack would eventually be included (although not in the top 14 titles chosen). Its time has finally come: NetHack has been added to the collection of the Architecture and Design department, and will be presented as part of the Exhibition Never Alone (opens in a new tab) from September 10.

The news was shared by coder Jean-Christophe Collet in a blog post about his own early involvement as a DevTeam member (Thanks Slashdot (opens in a new tab)).

“A long time ago, I got involved in the development of NetHack, a first-ever computer role-playing game, and soon joined the DevTeam, as we’ve been known since the early days,” Collet writes. (opens in a new tab). “I was very active for the first 10 years and then gradually faded away even though I still do officially (or semi-officially since there’s nothing really ‘official’ about NetHack, but I I’ll talk about it later) of the team.”

Collet recounts in a rather amusing way the various stages of wonder he went through, before thinking about “those 35 years and what they have meant to me, the team, the gaming community and, finally, the community. open-source”.

NetHack was and remains, as Collet puts it, “one hell of an anomaly”, and hugely influential in the game. But he also notes its pioneering approach in other ways: “It’s also one of the first, if not the first software project to be developed entirely on the Internet by a team distributed around the world (hence the ‘Net’ in ‘NetHack’).”

Similarly, the DevTeam quickly got used to welcoming user feedback, “suggestions, bug reports, and bug fixes from the online community (primarily on UseNet at the time) long before tools like GitHub (or Git for that matter), BugZilla, or Discord aren’t even a glimmer of thought in the minds of their creators.”

Collet says he was in his early twenties when he started working on NetHack, and from that distance can now see that he learned “as much, if not more” from the project than from his jobs then.

Looking back on everything over the years, knowing that NetHack is going to be displayed at Moma, Collet makes an observation that will warm any programmer’s heart: “I’ve learned to always write clean code that won’t get in your way, 35 years later, when it ends up in a museum.”

The post ends with Collet’s tribute to the fun everyone involved in creating the game had while creating it:

“We didn’t have lofty goals, we didn’t intend to change the world or disrupt anything, we just enjoyed a little game called Hack, came up with ideas that we think the would make it even more fun, worked on those ideas, met some like-minded people and decided to band together.

“I’m incredibly grateful to have been part of this journey. It’s had a huge impact on my life and I’m absolutely thrilled to see the game and the team recognized in such a spectacular way.”

There is now a page on Moma’s website whose sole purpose is to display a NetHack screen (opens in a new tab) who greets viewers with an unbeatable line: “Hello, Yogurt! Welcome back to Ermenak’s Used Armor Dealership!”

Modern art and the esteem machine

Magnificent collection of modern art on display at the Taupō Museum

Would you trade a Picasso for NFTs? The Museum of Modern Art could – Ledger…

Review: Modern Korean art has long been in the limelight in Los Angeles

Museum of Modern Art Betchler Pop to Now: Warhol and his Legacy