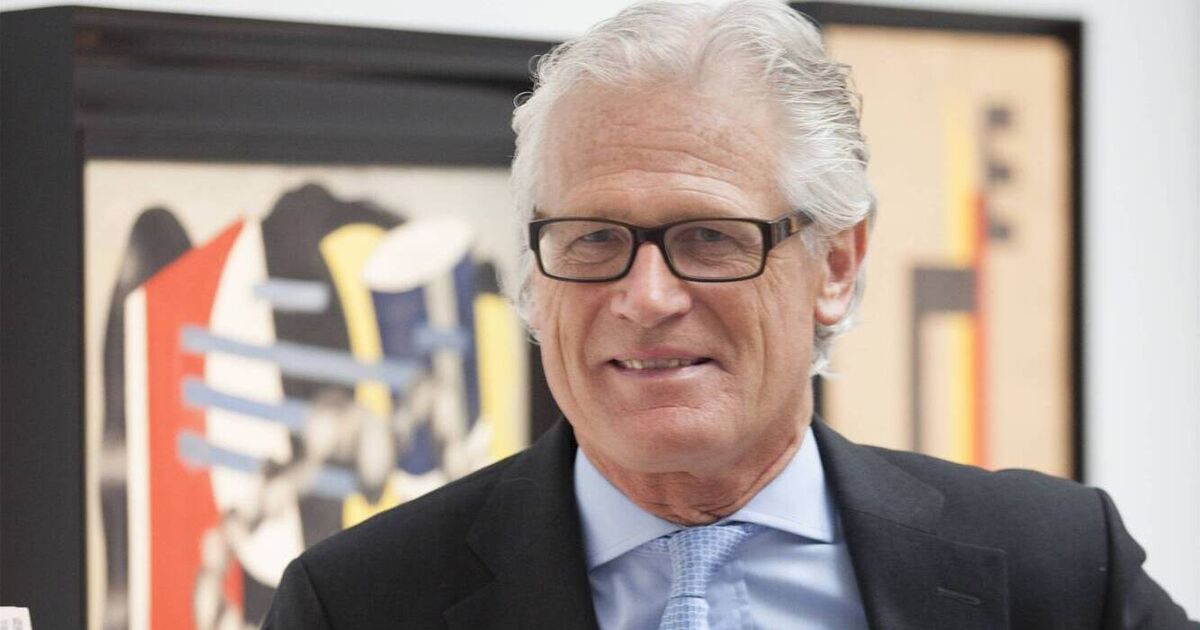 PHILIP HOOK is clearly an art insider, having spent 35 years appraising, selling and appreciating great art up close. He has held key positions such as Director of 19th Century Paintings at Christie’s and Head of the Modern Art Department at Sotheby’s. With the Art of

His unassuming language and natural, genuine humor put the reader at ease. He sets the tone from the start, introducing the lighter side of the artistic endeavor by saying: “The art world – the artist who makes art, the critics who criticize it, the dealers who make it. sell, the collectors who collect it, the museums who acquire it, the public who misunderstand it – has always been a rich source of material for human comedy.

For the neophyte, it is fun to learn how modern masters were initially so poorly received. An important museum director of the time, Georg Swarzenski noted that: “The artist and the public have never been so isolated from each other as they are today”.

It was a consequence of the social, political, philosophical and technological transformations of the time which also had an impact on the art world. Before World War I, conservatism still tried to cling to old social and political ways, although industrialization and technology brought the paradigm to the modern era. Photography, for example, had replaced artists as the keeper of visual historical records. Nietzche’s philosophy of connecting with instinct to release human exceptionalism permeated social discourse and this allowed the artist to explore artistic creation as an expression of his inner self. As this type of exploration was not generally accepted and was not yet lucrative, only those at the forefront of the “battle” were willing to push the artistic boundaries. These new expressionist artists were therefore designated by the French military term “avant-garde”.

The book shows avant-garde artists as products of their time. There is a chapter on drug use and its impact on artistic vision. There is a chapter on works considered pornography where the nudes did not follow the conventions of presentation and display, which resulted in the confiscation of the works and the imprisonment of the artists. There is a section on the libertine lifestyle and how relationships with women have affected art. There is a section that deals with anxiety, neuroses, and the relationship between madness and genius.

Avant-garde artists saw that the Impressionist painters of the previous generation had broken with the conservative tradition and established an artistic style that eventually became accepted and even commercially viable. The avant-garde has formed its own salons to exhibit and make itself known. Impressionismfocused primarily on the artist’s observations of the outside world, such as days in the park or nights in the bar, and was limited to representations of known shapes. Once avant-garde artists turned their attention inward, artistic conventions were abandoned and new schools of artistic style were created with the frantic pace that gripped all of European society.

Fauvism was the first discernible Modernist style of Impressionism. He still focused on the known shapes, but cared less about the realism of the shape and used brighter, more exaggerated colors to achieve the epitome of the subject. Critic Louis Vauxcelles saw the works and said they must have been painted by beasts, in French “les fauves” and that the movement gladly accepted the nickname. Luxe, Calme et Volupte (1905) by Matisse is a founding example that shows knowable forms of people represented with vivid colors in a recognizable pointillist style. The expression of the inner self through color, line, brushstroke and the abrupt application of paint became the means for a Fauvist artist to experience the “Absolute”.

In 1905, the Die Brucke Expressionist School of Painters organized an exhibition in Prague and presented its Norwegian hero, Edvard Munch. The differentiators of Die Brucke were as much philosophical as they were stylistic. The driving force behind Die Brucke was modernist angst and neurosis, and this was expressed in a jarring juxtaposition of fields of color and daring dark lines. Munch’s work was intended to portray the internal struggle. His most famous work, The Scream, shows the artist himself plugging his ears against the “loud cry in nature”; it’s a revelation to learn that the dying figure hears the scream, not the scream. For Die Brucke, manifesting the internal struggle is the role of the artist. Munch said that “the camera will only replace the artist when she can visit Heaven and Hell.”

The aim of avant-garde art was to express a universal truth instinctively known in the most primitive part of man. In accordance with the philosophy of the time, a deconstruction and direct communication of experience or emotion was most desirable. Light, shade, texture and color were considered by the avant-garde as the visual supports of this direct communication. It was believed that color, shape, and shadow were related to each other in the same way as musical notes. Works of visual art therefore no longer needed to represent a specific form to make an experiential point. The natural progression for the avant-garde artist was towards an ultimate abstraction where the viewer knows, through visual language, the experience conveyed. Art schools spread along the abstract continuum included the Blaue Reiter, Jack of Diamonds, Futurists, Golden Section, and Vorticists. Avant-garde art styles advancing towards the abstract included Fauvism and Cubism, and derivations of Cubism such as Orphism, Simultanism, Rayonism, Vorticism, Synchronism, Cerebrism, effusionism and even musicalism.

Pablo Picasso was the pioneer and main supporter of Cubism, and Hook says his 1907 work, Les Demoiselles d’Avignon, â€œâ€¦ has the same relationship to Cubism as the assassination of Archduke Franz Ferdinand in Sarajevo. in 1914 with War. “Picasso and his compatriot Georges Braque allowed openings but did not exhibit their works, distinguishing them from the so-called” salon cubists “who exhibited frequently. The work of Picasso and Braque introduced multiple points of view. perspective and multiple sources of light and has walked a fine line between representation of form and total abstraction.It is the result of the imposition of a certain control over primitive instinct without hindrance.

If these new forms and styles of art were so alien to the conservative art world, then how did household names like Matisse and Picasso become household names? Hook traces the history of the modern art trade during this decade and explains how dealers work with exhibitors and collectors to create buzz and manage rising prices. It shows how art dealers have also functioned as talent managers, supporting their artists, managing their talent, and nudging them towards creations that have bolstered their reputation. The way Hook describes the merchants of the day shows that he thinks they were artists in their own right. This book is filled with illustrations of the works that Hook talks about. This gives a whole new dimension to the text. Written arguments become immediate and apparent when there are two works of art side by side. When Hook describes a stylistic meme seen in all of a school’s work, there are color images of the works to show it. When he calls a painting “bad,” he empowers you to judge for yourself. Hook describes some works as powerful, some as disturbing, and some as having a strong sense of movement. In one case, he asks the cheeky question: “… but is this art?” “.

It is clear that his proximity to the works of great masters has made him an informed enthusiast, and we have an idea of â€‹â€‹what he likes and what he does not like. We also get the impression that it was his love of art that drove him to write this work that makes modern art understandable and accessible to the rest of us. This captivating and easy-to-read book is a good way to familiarize yourself with the basics of modern art.

Lacson: On the PDP-Laban petition to reopen the COC filing period