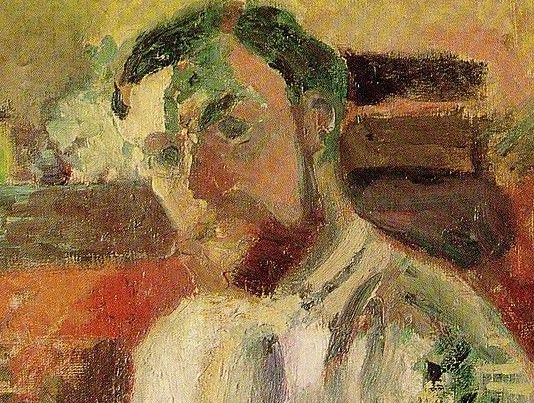 The 8 artistic styles of Henri Matisse

Have you ever wanted another form of creative inspiration? Then meet Henri Matisse, one of the greatest artists of all modern art. With over eighty years of artistic experience, Matisse lived to be eighty-four and created magnificent works of art throughout his career. Today we’ll take a look at eight of his artistic approaches that told stories of the era he was in, to better understand his expertise.

Just before turning twenty, in 1889, Matisse had officially started painting like his bread and butter. Originally, he was studying to become a lawyer; but his appendicitis diagnosis had him bedridden. During his illness, his mother gave him painting materials; and soon enough he found joy in painting.

â€œIt has been said that Matisse became fascinated by art, that he spent practically all of his money on works of art by his idols Van Gogh, Gaugin, CÃ©zanne and Rodin,â€ said Billy Douglas, art writer To Paper scholars and Writing state. â€œHowever, he truly admired Cezanne, because of his sensitivity to color, as well as his use of composition. Ultimately, this disciple of CÃ©zanne would dabble in a Divisionist style, with colorsâ€œ mixed â€into his. Although his work is somewhat reserved, he has not shied away from color and subject.

In April 1906, Matisse formed a lifelong friendship with Pablo Picasso. He was often compared to Picasso; but unlike Picasso, Matisse’s paintings were more focused and realistic than those of his companion.

He also became friends with Gertrude Stein, while he taught at the AcadÃ©mie Matisse in Paris (1907-11). His art would be showcased at weekly salon meetings at 27 rue de Fleurus de Stein. Eventually, his work gets more and more attention.

As his popularity as an artist began to grow, Matisse began to experiment with something called fauvism, which is derived from the phrase â€œwild beastsâ€. From 1904 to 1908, his exhibitions displayed wild and untamed colors, which gave his works raw and unrefined appearances.

From 1910, Matisse received both praise and criticism; and his work would display both sides of these emotions, as well as influences from primitivism and African art during his travels from Algiers to Spain and Morocco. He will receive praise from art critics like Guillaume Apollinaire, who described his work as “eminently reasonable”. On the other hand, he received criticism, his painting, Blue Nude, burnt in protest at the Chicago Armory Show in 1913 being a disastrous example.

In 1917, after World War I, Matisse decided to dismiss extremism, when he moved to Nice on the French Rivera. Instead, his art has become more relaxed and softer than his previous works; nor was he alone on this artistic transition, as many other artists have done the same (including Picasso and Stravinsky), much to the dismay of some critics who saw this new work as decorative but superficial.

Fortunately, it was not until the 1920s that Matisse revised his creative light and even collaborated with artists on different projects around the world. And then, in the 1930s, he found a renewal in his commitment and his daring in his work, and released creations such as Large Reclining Nude. Pretty soon it was in a simplified shape and cutouts, and went in that direction.

â€œWorld War II was a scary time for people,â€ said Dirk F. Reyes, blogger at Academic writing service and OX Tests. â€œRumor has it that during this time Matisse had to choose between leaving France, or remaining as a non-Jewish man. In the end, he chose to stay, writing to his son Pierre that he did not want to see France deserted. Therefore, he continued to live an artistic life, regardless of the war.

After undergoing surgery in the early 1940s, Matisse fell in love with art again while he was recovering. But this time, his love for art focused on collage; thus, he traded his painting tools for paper and scissors. His last painting was completed in 1951, which allowed him to spend more time experimenting with collage.

We hope you will be inspired by Matisse’s artistic journey. To learn more about Matisse and his works, search Intuitive art: painting like Matisse, and you too, learn to paint like the iconic artist!

Katherine Rundell writes for both UKWritings.com and BoomEssays.com. As a marketing strategist, she works with marketing teams to create corporate sites that shine, through her proposals and presentations. To learn more about Katherine and her work, visit Essayroo.com.

The process of two artistic works