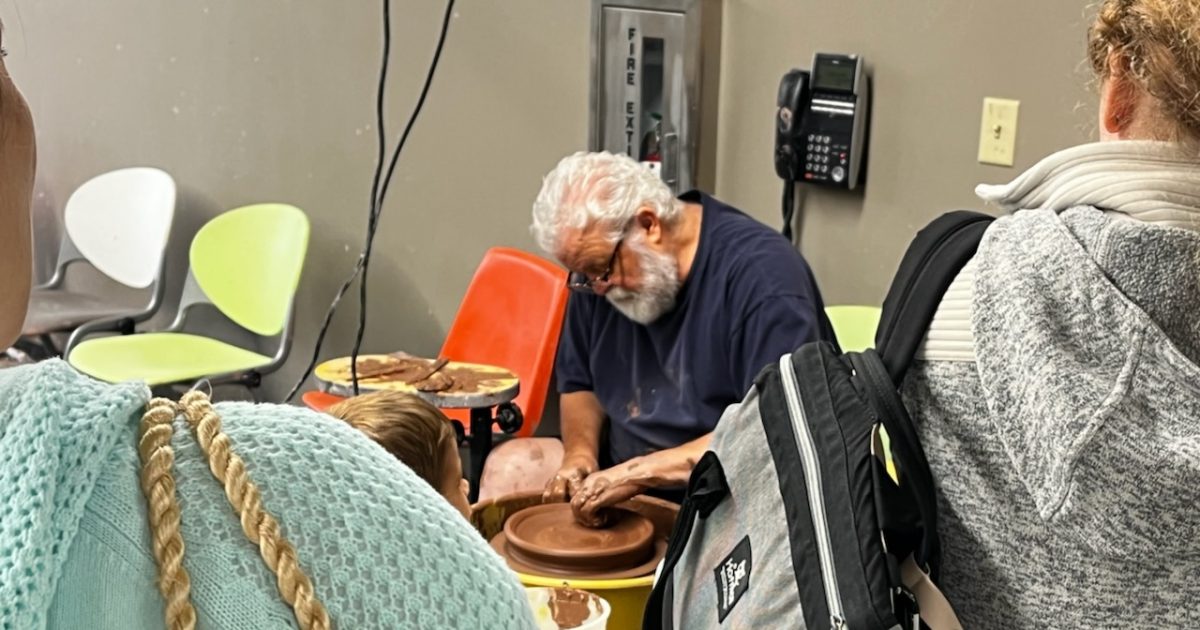 Children and families were able to enjoy several art demonstrations and a ceramics demonstration by David Mai, who brought terracotta to work on plates. He says he received a lot of questions from the children present.

Fanestil and Hostess also provided free food during the event, and residents could also enroll in summer art classes.

Arts Center Director Dawn Young was thrilled to see the turnout and interest in the summer artistic offerings.

While the Arts Center is gearing up for summer art classes, it’s also gearing up for the Missoula Children’s Theater July 18-22. It’s also kicking off its annual membership drive ahead of the performing arts series schedule, which could be announced next week. Young isn’t announcing the schedule yet, but she says there will be a Broadway musical at Emporia.

More information is online at www.emporiaksarts.org.

“The United States has supported Pakistan in all difficult times” –…